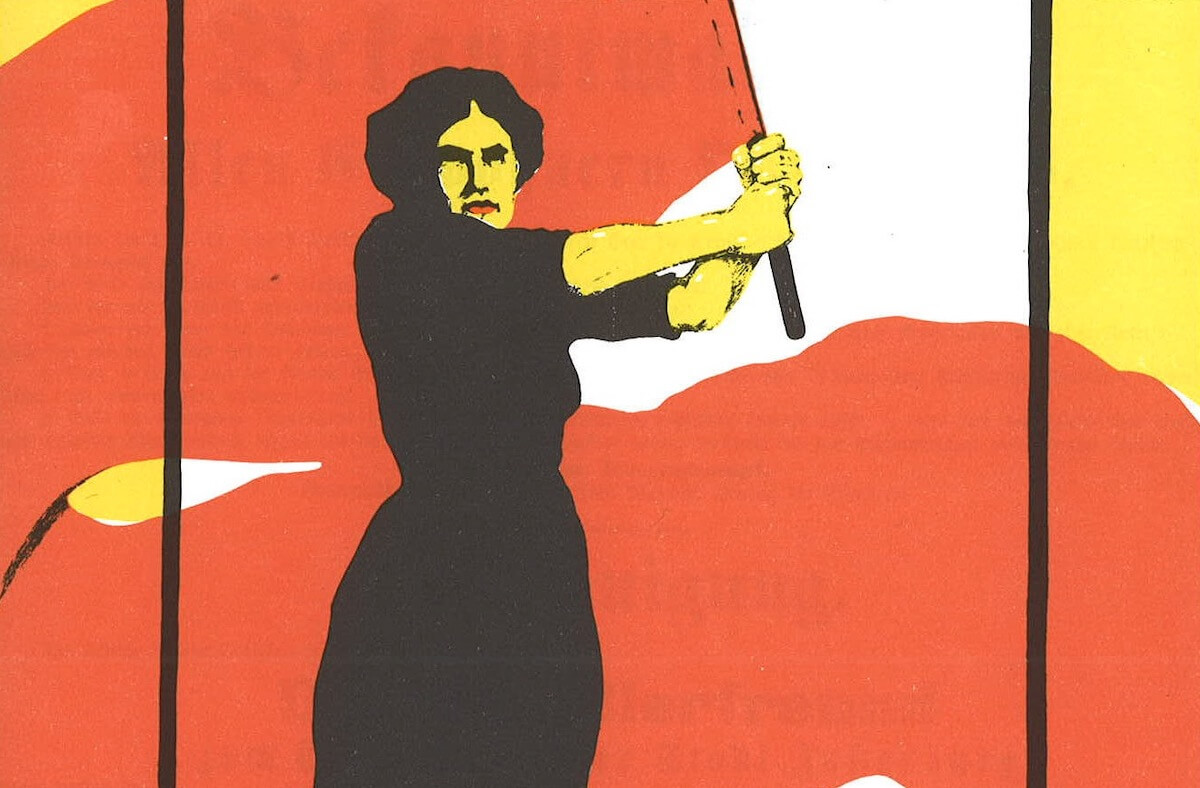 We were invited to EmpathEAST in Plovdiv in 2019 to talk about our work at Wind&Bones. So we gave a talk, telling the story of Wind&Bones up to that point.

We’re delighted to be here at EmpathEAST 2019, and excited to be working together over the next few days.

It’s also great to be in the lovely city of Plovdiv and to be getting a sense of the history, the cultural richness and the energy of 2019’s European Capital of Culture.

We are Dr. Hannah Stevens and Dr. Will Buckingham. We’re both writers from the UK, and we are working together on a project called Wind And Bones. We’re interested in the meeting places between writing, social justice and creativity.

We are made of stories [Will]

Say it. Say it.
The universe is made of stories,
not of atoms.

A universe made of stories, not of atoms? The line comes from Muriel Rukeyser’s 1968 poem, ‘The Speed of Darkness’. Ever since we read the poem, we have been enchanted by this idea.

We cannot imagine ourselves, imagine each other, or imagine our society without telling and retelling stories. Stories are what our experience is made of. Not just as individuals, but also as collectives.

Together we weave stories about class and gender, culture and sexuality, nations and religions, goodness and badness, what matters and what doesn’t matter. These stories shape our lives, they shape our societies, and they shape our future on this planet that we share.

So it matters what stories we tell. Say it. Say it. The universe is made of stories.

The Trouble With Stories [Hannah]

Stories are powerful. They can be a force for positive change. But they can also be divisive and destructive. Stories that are told to denigrate and exclude others. To take one example: in much of Europe, storytellers in the media and in power tell tales about the harms of immigration, about how our cultures are at risk from people who come from far off, looking for new lives, or security, or freedom from conflict. Or, to take another example, stories about the nature of men and the nature of women that lock both men and women into a culture that diminishes us all, excluding women from positions of power, limiting the possibilities of human life. And although stories such as these are poorly supported by the evidence, they have the potential to shape and reshape our cultures.

So it matters what stories that we tell. And it matters that we break the hold destructive myths have upon our collective imagination. We need to tell new stories. The responsibility is on us. As Rukeyser asks, at the end of The Speed of Darkness, ‘Who will speak these days / if not I / if not you?’

So we’re going to tell the story of our own work, our small contribution to this big task of imagining and reimagining our world through fashioning new stories.

My own background is in philosophy and anthropology. Over a decade ago, I wrote a PhD thesis on the relationship between stories and ethics. At the time, I was running lots of grassroots writing and philosophy projects. I was interested in bringing philosophy back down to earth, in everyday ethics and everyday stories, and how stories allow us to navigate through the world, even if we cannot agree on questions about right and wrong.

There’s an idea from the mythological traditions of India that stories are like the sea. Meanwhile, the philosopher Aristotle talks about ethics as being like navigation. I wanted to bring these two thoughts together, to explore how we can navigate the sea of stories better.

After my PhD, I taught writing for several years in a university. I wrote books: novels, philosophy books, children’s books about sea voyages. But I was never fully at home in the university. I always believed in a broader social vision for both philosophy and writing. And so, in early 2016, I quit, so that I could better realise this vision.

My own background is in creative writing. I have always believed in the importance of writing as a way of bringing to light forgotten, overlooked,

hidden, ignored and suppressed voices. As a writer, I work in short stories and non fiction. Alongside my love of stories and storytelling, for most of my working life, I have been engaged in social justice issues. I worked for a charity that helped community groups find funding for social projects. And this work showed me the power of community-based, grassroots organisations. I was also actively engaged in working with LGBTQI communities, and in the field of sexual health.

This hunger for hidden and marginalised stories led to a PhD in creative writing. For my PhD research, I worked on a project exploring missing people. I researched real life stories of people in the UK and Ireland who had gone missing. I worked with the police and charities to understand better the complex reasons that people go missing. And then I wrote a collection of short stories that testify to these interrupted lives. So after completing my PhD, I wanted to draw together my interests in writing, and in finding ways to make space for stories that are excluded or forgotten.

This is how, back at the beginning of 2018, Hannah and I put our heads together, to see if we could combine our skills and make something new. And so we took a risk and founded Wind&Bones. With Hannah’s long experience of grassroots groups, her activism and advocacy, and with my experience of education, we saw exciting possibilities for telling new stories about writing, creativity and social justice.

We took our name from the sixth century Chinese writer Liu Xie. In his book on the art of writing, Liu says, ‘Cultivate the vigour of the wind, and make the bone robust.’ In other words, make sure there is vitality, the pulse of energy, the winds of change; but pay attention to structure, to mechanics, to how things work. Be idealistic but practical. It is good advice for writing. For activism. For social change. And for life.

Wind&Bones was an experiment. We started by running workshops in the UK with refugee writers, helping them to tell their stories. We came to Bulgaria, on short residency at the Literature and Translation House in Sofia. And then we were offered two more opportunities: to run a workshop on ethics at the Ubud Writers’ festival in Indonesia, and an eight month residency at a graduate institute in Yangon, Myanmar.

So we took the plunge. I left my job. We packed up our homes. We found foster homes for Will’s cat Bod, and my house-rabbit Agatha. We flew to Indonesia. We ran our workshop. We connected with fellow writers and activists. Then we went on to Yangon where we ran writing courses working with journalists, writers, activists and former political prisoners. Military rule in Myanmar ended only in 2011, and the country was changing fast. It was still a troubled place. Everybody knows about the oppression of the Rohingya. But not so many people outside Myanmar know about the huge problems with ethnic conflicts throughout the country, and the issues of social justice and inequality. Myanmar was a world that in transition, one where large changes were taking place. And we realised how powerfully it was being shaped by stories and storytelling. Over eight months, we taught classes, we worked with social activist organisations, we trained teachers, and we developed educational resources with local grassroots groups.

In all of our work in Myanmar, we worked alongside local organisations to help find ways of opening up spaces for more diverse storytelling, to help those wanted to tell their stories more vividly.

Greece and Bulgaria [Will]

In June, our residency in Yangon came to an end, and we relocated to Greece. We wanted to continue to develop our work with refugee and migrant communities. And we had our own writing projects to pursue. Hannah was finishing her first book-length story collection, and I wanted to research my forthcoming book, Hello Stranger: Stories of Connection in a Divided World. In particular, I was fascinated by stories about how, back in 2015 and 2016, ordinary Greek people opened their homes to migrants and refugees from Syria.

We continued to run workshops. We worked in Volvi refugee camp, on a project supported by an organisation called Refugee Trauma Initiative. We worked with young migrants, many of them from Afghanistan, exploring the stories that matter most to them, the stories the media does not tell. But we also made connections regionally, in particular with friends and colleagues in Bulgaria, and with the wonderful Ideas Factory. Now we’re based in Sofia for some months — we arrived on Wednesday — teaching classes in partnership with Sofia university, and further developing with refugees and other marginalised communities.

What we have learned so far? [Hannah]

We are in the middle of this story, not at the end. But what have we learned so far? The first thing, the most important thing, we have learned is this: stories matter. They matter more than we think, more than we believe, perhaps more than we can imagine. We’ve heard so many stories over the past few years. And we have helped many storytellers tell their stories better. It is a privilege to witness somebody else’s story. It is an insight into a different way of being human. These stories have enlarged our world, have given us a sense of new possibilities. We have learned that everybody has a story to tell, and that if you make space for them to do so, if you have the patience to listen to people’st stories, then they come alive. Discovering and owning your stories, telling and retelling them, finding ways of communicating better — these things all lead to deeper connections. They enrich our collective lives. And they open up paths to new creative action. What else have we learned? We have learned that when you open yourself up to new stories, your own story changes. The Italian writer Roberto Calasso says ‘stories do not live alone.’ But neither do we. Through telling stories, we shape and reshape ourselves and our relationships, and find ourselves on unexpected trajectories.

So that is the story so far. At the end of this, we believe more strongly than ever that the world is made of stories. And that if we care about the future, as we all do, we need to tell better stories, and we need to tell them better.

Thank you so much for listening. Feel free to ask us anything about our work over the next few days at this forum. And we’re always up for new collaborations, new projects, new and interesting stories. But for now, this is our story so far. Thank you again, and we look forward to hearing yours. 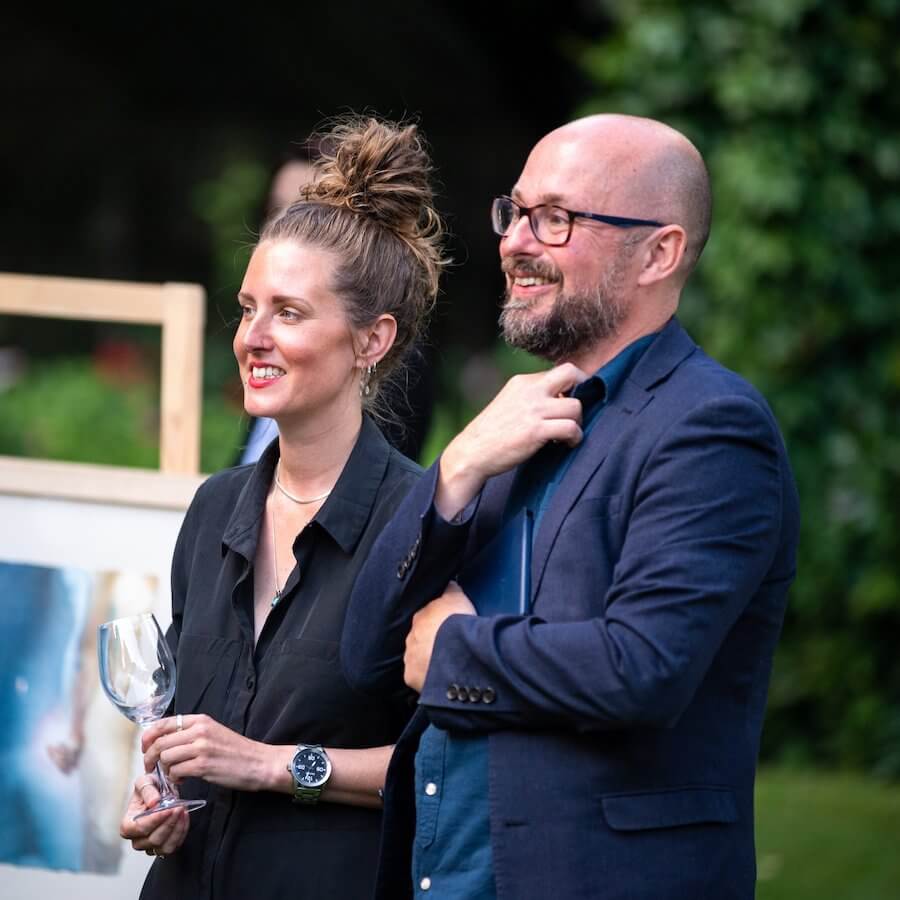 A speech given at the British Ambassador's Residence on 13th July 2022. 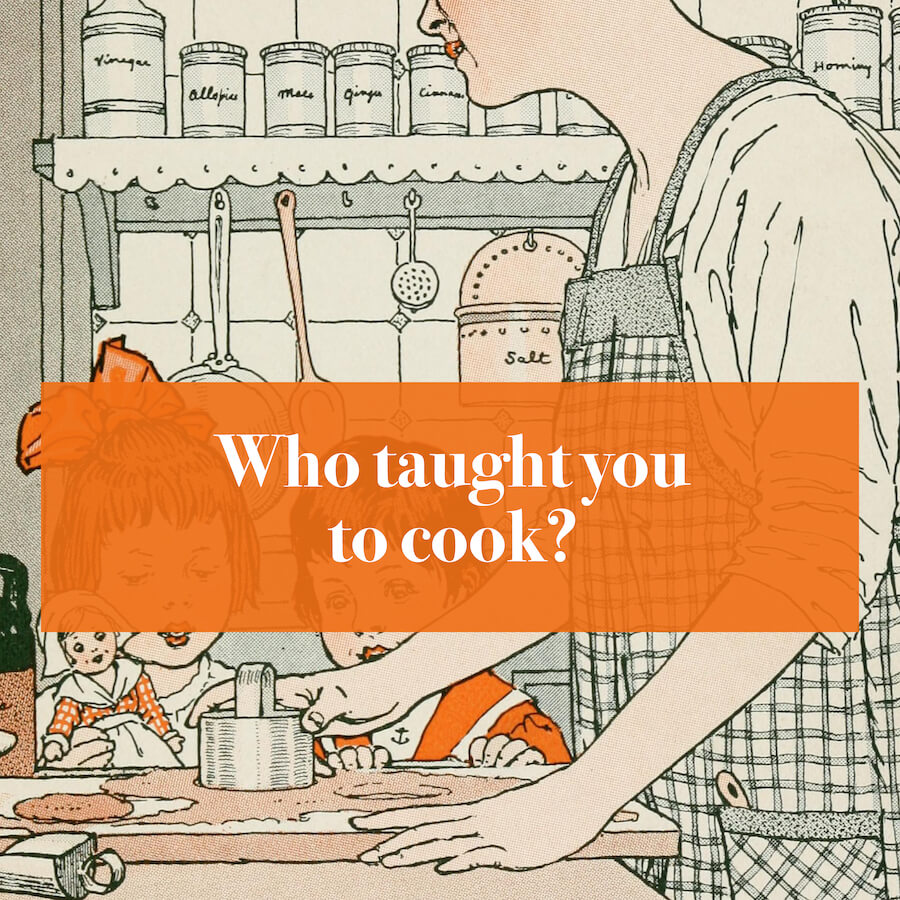 Stories Galore At the Dandelion Festival

We're just back from the Dandelion Festival in Glasgow, and we've been harvesting stories! 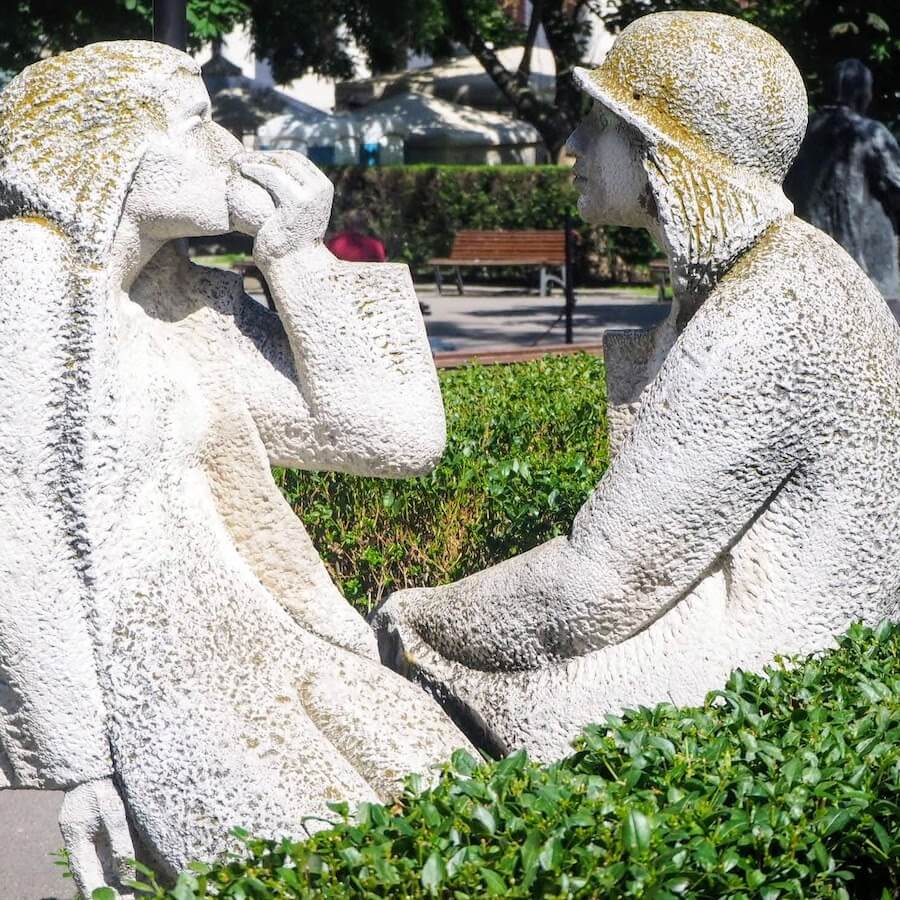